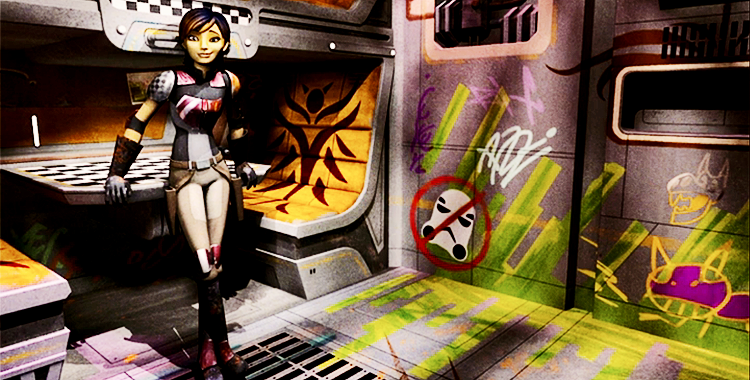 This is Sabine from the new cartoon series Star Wars Rebels.

That’s the time period right after Anakin became Darth Vader, but before Luke and Leia were ready to go up against the empire.

Sounds cool right? And looks like it will be filled with many new cool characters. Find out about one of these new characters, Sabine, below.

Make Your Own Music!
Can You Name Each Artist?
Skylar Stecker's Rooftop