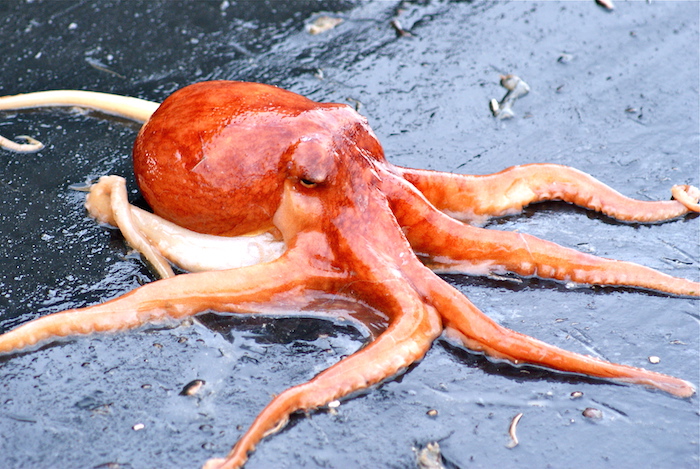 Did you know octopuses were considered one of the smartest invertebrates.

The eight tentacle wonders use their intelligence as a means of survival. Hit the click below to see it for yourself.

The following video shows what happen when an octopus was discovered on a fishing boat.

Ohhhh-Kay, that was a little weird. Cool, but creepy.

Not only was he able to get through, but to have the instincts to locate his escape route was very impressive.

Still not impressed? Here is a bonus clip of yet another miraculous octopus escape.

scoop tip:  an invertebrate is an animal with no backbone. some examples are spiders, snails, starfish, and butterflies.

Hate Raising Your Hand for Too Long?
How To Survive Raindrops: staring Mosquitos
Zoe the White Zebra