ON THIS DAY: Ken And Barbie Break-up

Nine years ago, on February 12, 2004, a very sad thing happened. Ken and Barbie decided to end their relationship.

If you don’t already know, Barbie is one of the most popular dolls ever made. Way back in 1961, the toy company Mattel decided to give Barbie a boyfriend. And that’s when Ken was created.

After 43 years of a wonderful relationship, Ken and Barbie  felt that it was time to go their own separate ways. Russell Arons, who worked at Mattel, said that Barbie and Ken “would remain friends”.

Back in 2004, there was a rumor that maybe a guy named Blaine had something to do with it. To this date, no one really knows if Blaine was responsible. 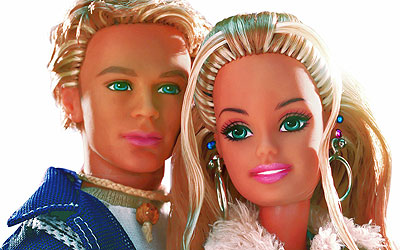 scoop tip: Here at Scribble Scoop we like to clown around and have a good time. We can laugh at this story because it’s about two toys. However, in real life when two people decide to not be in a relationship anymore, it is NEVER a joking matter and should never be treated like one. Also, relationships are very personal and should be treated that way.