We Landed on a Comet! 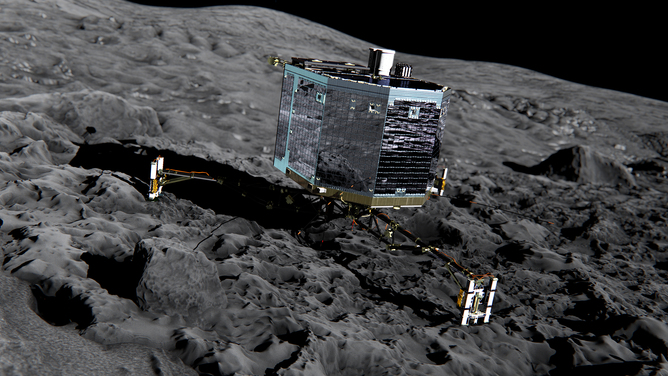 The ESA, which is the European Space Agency, managed to land a robot on a comet.

Check below for more info about the special event. 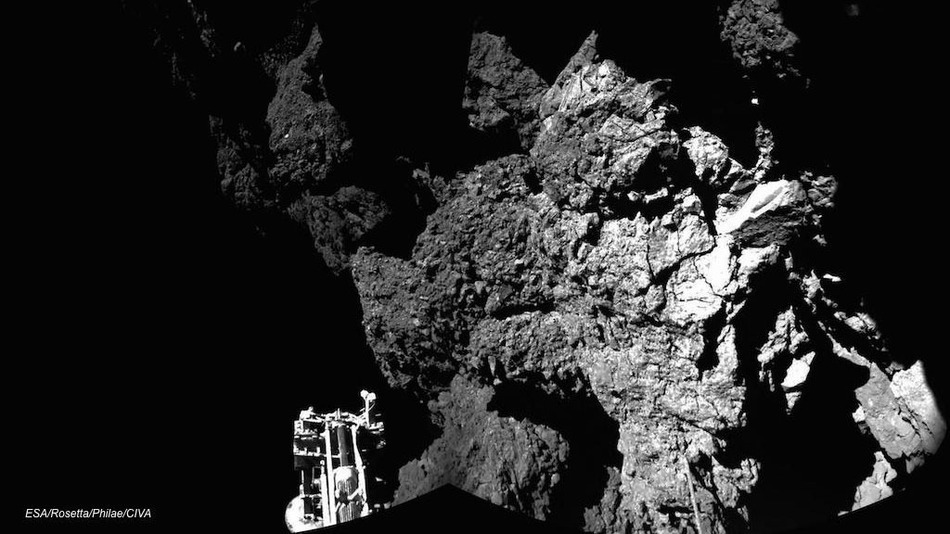 The picture above is an actual shot taken on the comet called 67p.

The Rosetta spacecraft carrying the probe robot was launched back in 2004. For the last ten years, the ESA has been awaiting the moment that occurred yesterday.

In those ten years, Rosetta passed around the Earth three times and once around Mars to build up enough speed for the zooming comet. 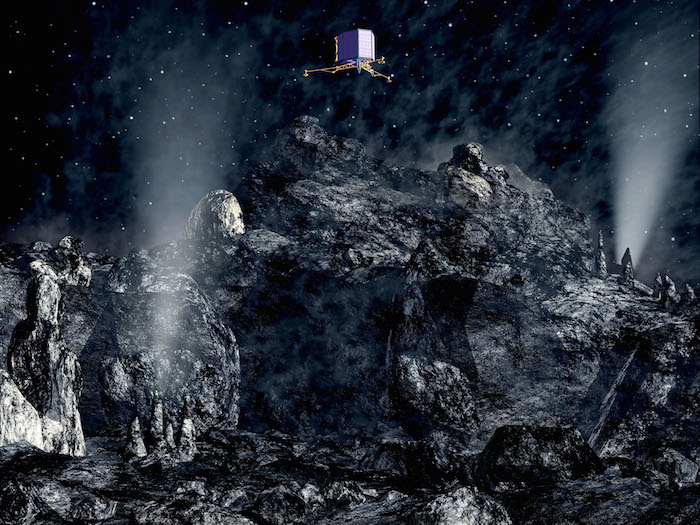 Comets were formed over 4 billion years ago and remain mostly unchanged. Because of this, scientists believe that they hold clues to how our planets were formed. With the robot, they’re hoping this mission can begin to unlock mysteries that have gone unsolved for quite some time.

Here are some other cool facts about the 67p comet and the Rosetta mission:

Redheads Are Harder To Knockout
How To Survive Raindrops: staring Mosquitos
The Difference Hair Makes