BEFORE YOU WERE BORN: The Rising Dead 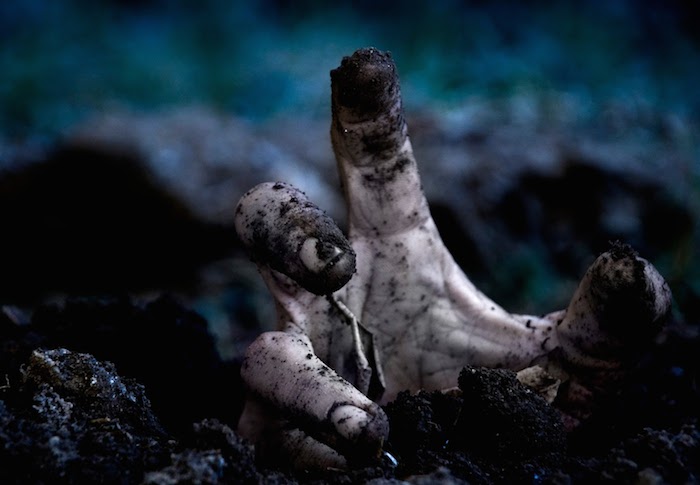 We came a long way since the 1800s. Back then we didn’t have the same machines that doctors can now use to see if a person is dead or alive.

Unfortunately, for many people, this meant being buried alive.

In the late 1800s, inventors set out to find ways to solve this problem. Their answer was to create coffins with alert systems. Take a look below for some of their inventions. 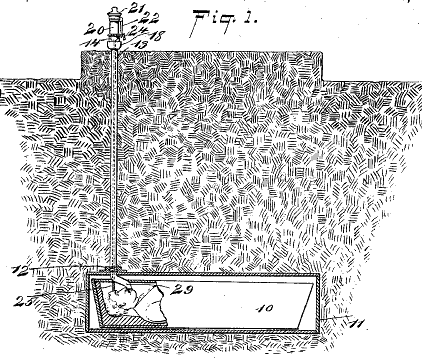 By using their mouth, a person would alert someone above ground that they were still alive. 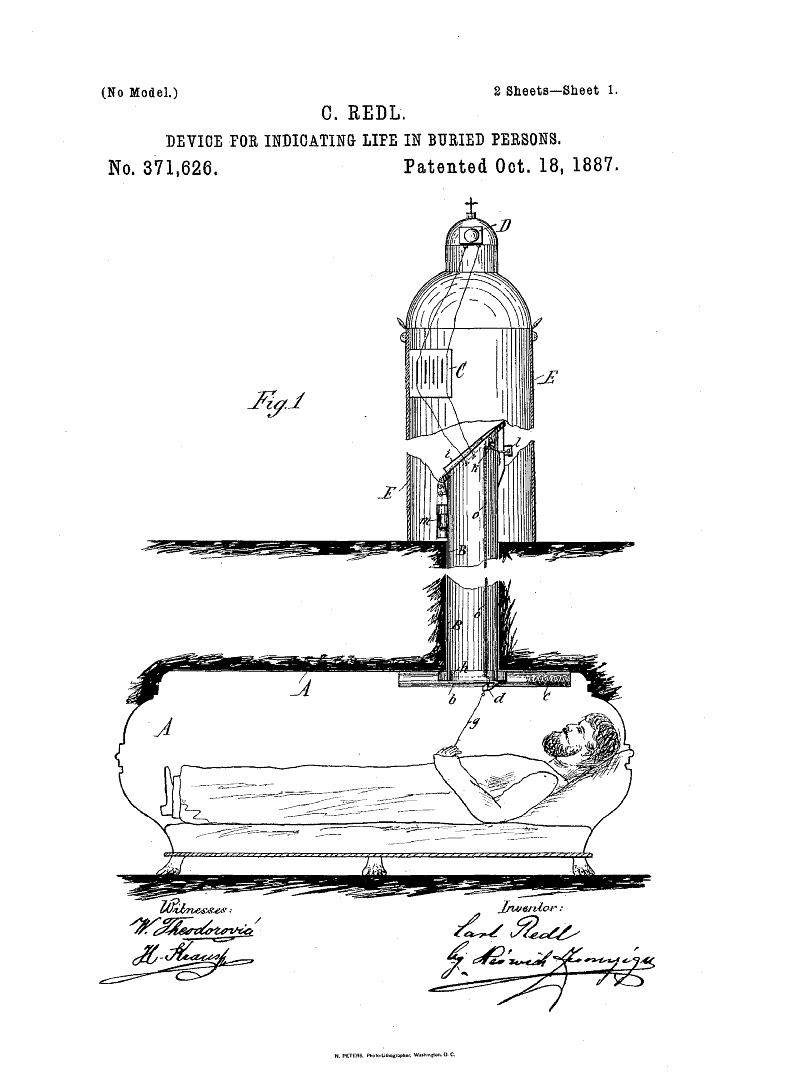 In this example, the coffin allowed the buried user to ring a bell to alert others.

And lastly, here is an example of one of the more popular coffin alert systems. 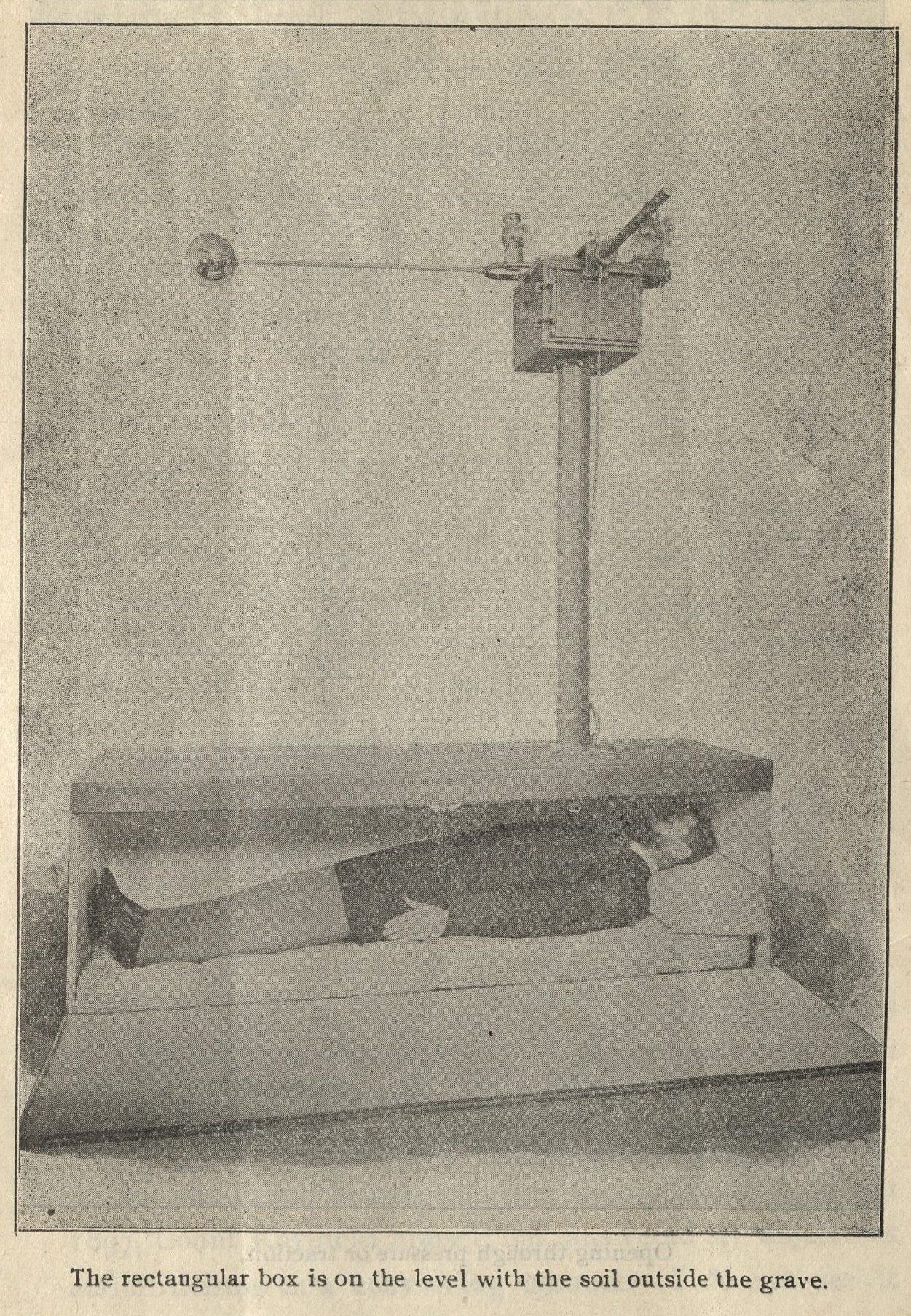 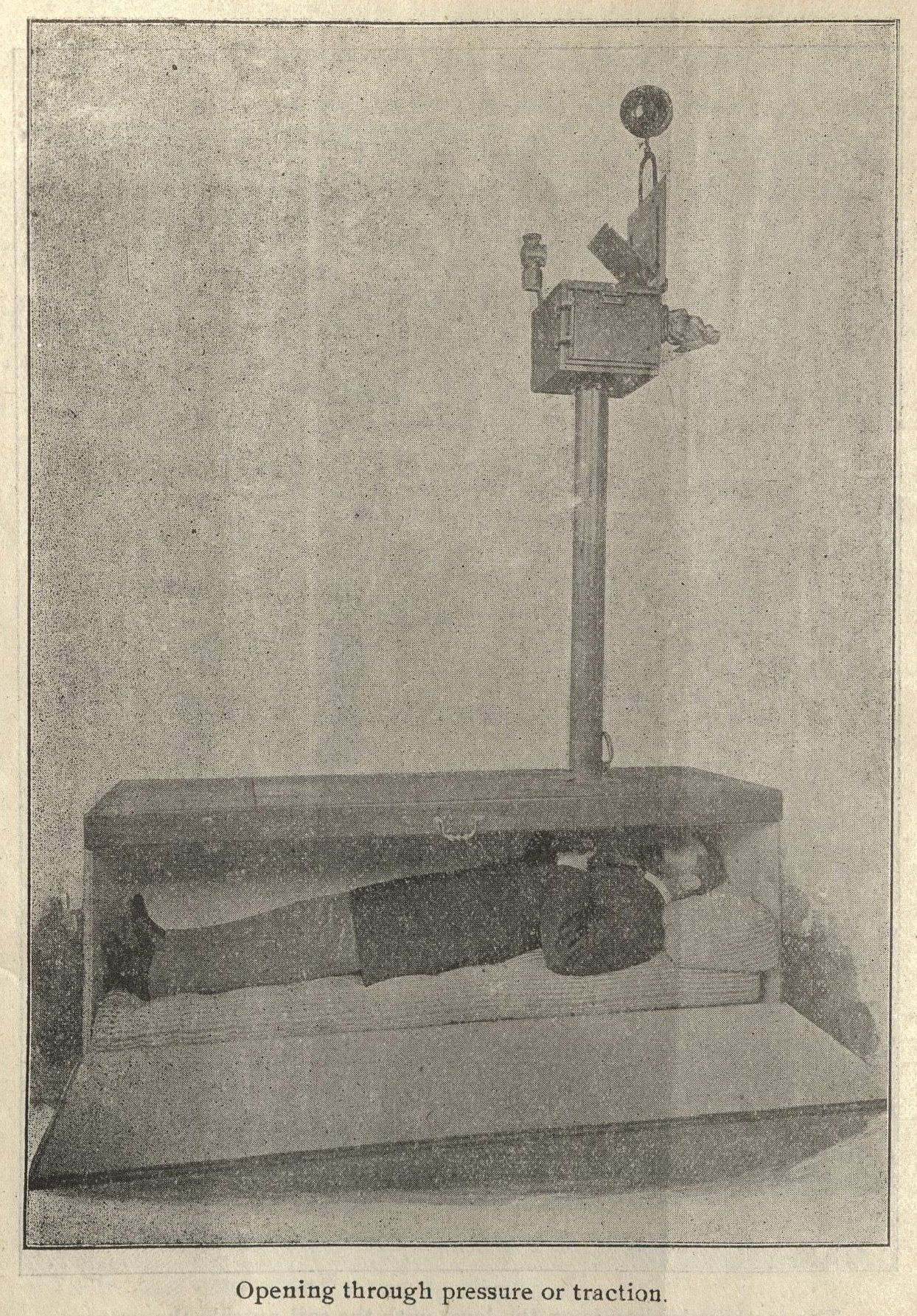 When movement was recognized, air and light travel inside the coffin. In addition, the ball seen above would rise and a bell would ring. Finally, the same tube that caused light and air to travel inside also allowed a person to speak at very high volumes that were heard above ground.

Could you image walking through a graveyard only to hear a screaming voice coming from the ground! SCARY!!!