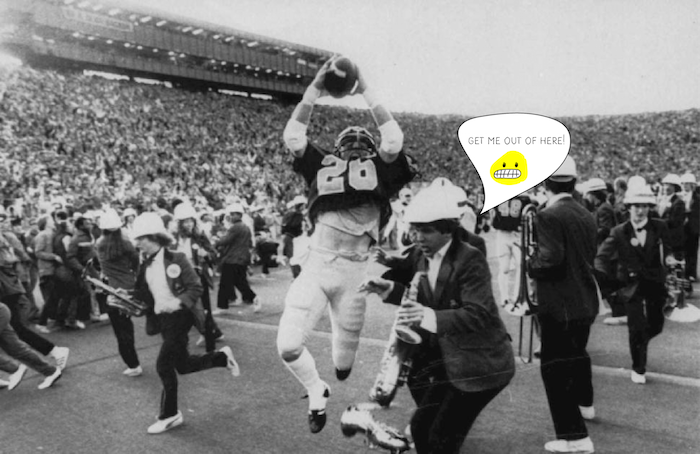 The University of California Golden Bears and the Stanford Cardinals ended a college game in such an exciting way, the final play has become known as “The Play”.

Everyone thought the game was over, including Stanford’s band and field rushing fans.

However, due to several questionable lateral passes, the outcome was different than what they thought. Check it out below:

How crazy was that?! Lesson, it’s truly not over until it’s over!

Get in the Game
How About Those Cowboys?
Go After Your Dreams Like He Did