This Is Called A Box. 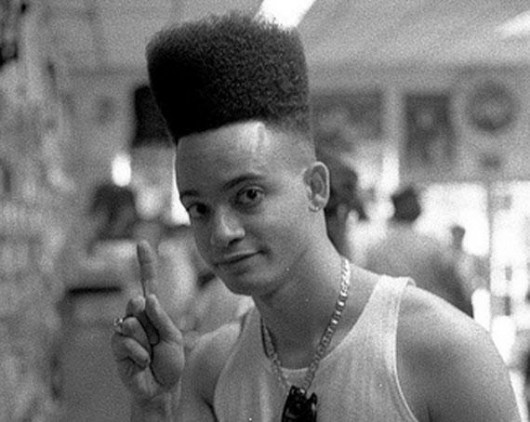 Popular in the late 1980’s and early 90’s, this hairstyle was called a box, high top fade, or a flattop.

The hairstyle was made popular by many rappers during the 80’s and soon was seen from NBA basketball courts to elementary classrooms.

The guy in the picture was a rapper named, “Kid” who continued to make the style popular by appearing in his own movies with his partner, “Play”.  They even had their own cartoon! See the cartoon  after the click.