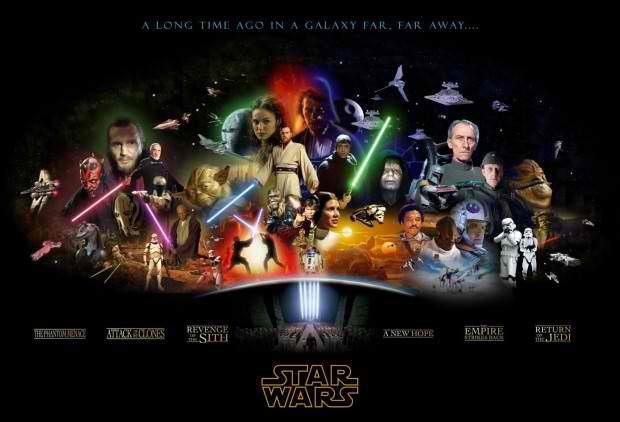 Not to0 long ago, it was announced that there will be at least 3 new Star Wars movies. Sometime in 2015, Episode 7 will be in theaters. Followed by Episode 8 about two to three years later, then Episode 9, two to three years after that.

At the end of Episode 6 (Return of the Jedi), Luke Skywalker defeated the Evil Emperor. The Death Star and the no good Empire was destroyed too. Sadly, Darth Vader (Anakin Skywalker) died right after returning back to the good side. Episode 7 will show what happened next.

Do you have any ideas what should happen? What is really cool is that you would not be the first. For many years, authors have created books with stories about what they felt happened after Episode 6.

Guess we’ll have to wait to know what Episode 7 will be about. But in the meantime, we will share with you some of the cool story ideas found in those Star Wars books!

scoop tip: Remember kids, those were just IDEAS that authors made up for their own books. The actual movie may use some ideas or may not use any. We will have to wait and see!

ON THIS DAY: Michael's Moonwalk
SpongeBob Is the Ice King?
We Don't Talk Anymore (Cover)