BEFORE YOU WERE BORN: A Pet Rock? 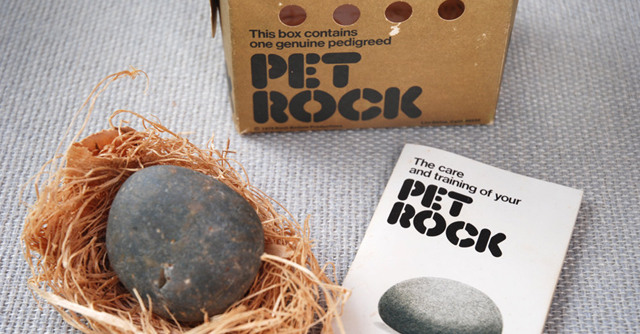 We kid you not. Back in April of 1975, Gary Dahl of California decided to sell rocks as pets.

Find out more below.

Mr. Dahl’s friends were talking about how much of a pain it was taking care of their pets. So to tease them, he began joking about how a rock would be the perfect pet.

He explained that a rock would never die, didn’t need food, baths, walks, and would never disobey an owner.  It was all just a joke, until he took it seriously.

He created a silly instruction manual with direction for taking care of the rock. The manual contained “commands” to teach the rock like, “sit” and “stay”.

The pet rock not only came with a manual, but also a box with “breathing holes” like you would find with living pets.

Now you may be asking, who would BUY a pet rock?

In about a year, over ONE MILLION pet rocks were sold! That’s a whole lot of people interested in a pet rock uh!? 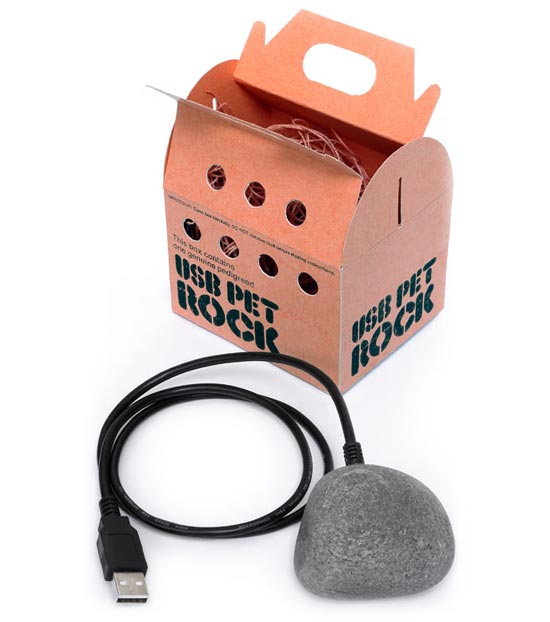 And guess what…someone decided to bring the pet rock back! And this time it comes with a plug for a computer.

What does it do you ask? The same thing it did back before you were born……

Iron Man Suit Made From Bricks
BEFORE YOU WERE BORN: Computers
What the Heck!?
Tagged with → Before You Were Born